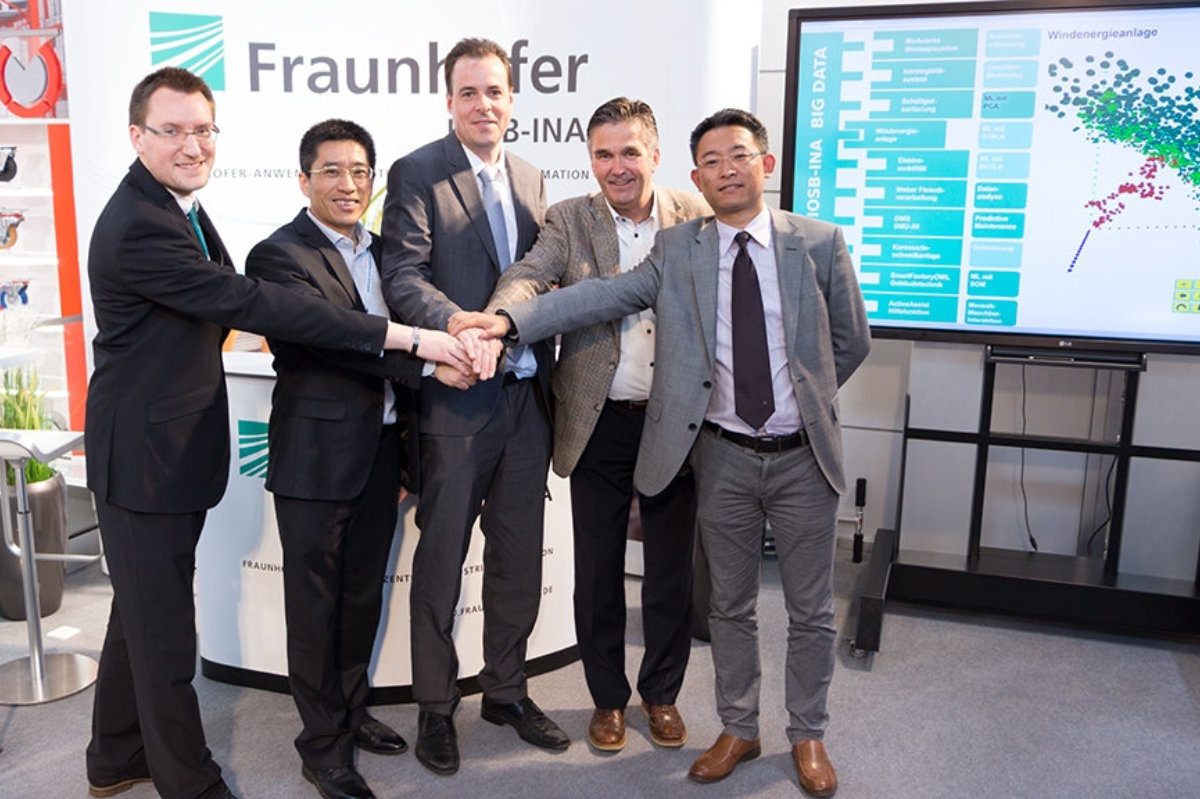 Lemgo / Huai‘An. Fraunhofer IOSB-INA and the Institute for Automation and Industrial Technology GmbH (IAIT) have entered into a cooperation to set up a demonstration system for Industrie 4.0 applications. At the end of 2018, this system, which was built and tested in Lemgo, was transported to China to demonstrate the benefits of Industrie 4.0 technologies in production to companies there, similar to the project in East Westphalia-Lippe. After arriving in China, the system was set up in a technology park in Huai’An, a city with over a million inhabitants in the east of the country.

The importance of the project for the Chinese economy becomes clear when looking at the commitment on the part of the government. China’s Ministry of Commerce has a great interest in strengthening confidence in product quality and innovation. “Made in China 2025”, the equivalent of the German term Industrie 4.0, is not in competition with German technology modules in this project – the hardware used in the demonstration plant is available on the market and thus state of the art. Rather, it is about expanding Germany’s commitment to cooperation with China and the didactic possibilities of such a test environment for awareness-raising, qualification and research. Based on an assembly system already in place at the SmartfactoryOWL in Lemgo, the new facility will have some interesting key technologies, from the area of assistance systems in assembly to 3D prototype printing. As in the SmartFactoryOWL, the advantages of automation and networking have since been demonstrated in the Chinese research factory using a product with many variants.

In Huai’An in China, an RFID-supported control concept, robotics applications, solutions for intelligent quality control and “batch size 1 production” were also realised. In addition, the possibilities for remote maintenance and connection to mobile end devices, such as tablet PCs, were demonstrated.

Project manager at Fraunhofer in Lemgo, Dr. Holger Flatt, is enthusiastic about the ambitious scope of the project and the international cooperation in partnership: “In this innovative and strategically important project, we are laying the foundation to make our Industrie 4.0 technologies usable for manufacturing companies far beyond the borders of OWL and Germany in the future.”